ON-LINE TOUR
On-line tour around the Museum will help you to visit RME without leaving the house.
Quality images will allow to consider fine details and especially interesting exhibits.

On-line tour around the Museum

The Russian Museum of Ethnography (RME) tells about simple and close to everybody subjects: how people worked, sometimes achieving the highest level of mastery, how they built and organized their houses, how they rested, reared their children, dressed and in what they believed. However, each museum complex has its own unrepeatable image and national flavor intrinsic only to this people.

Ethnographers study peoples (ethnic groups) in time and space, in their unity and cultural specifics. All the museum artifacts are authentic gathered among the peoples by numerous generations of museum workers. The ethnographic object can tell much about various aspects of life of the entire people and their centenary customs. For example, old embroidered towel of Russian peasants was used not only for its direct purpose that is served as a “wipe”; people also covered icons by it in the Icon corner.  It was indispensable part of dowry, at wedding bride presented towels to groom and his relatives, according to old costume honored guests were given bread-and-salt on it, coffin was lowered to a tomb on towels escorting the deceased to his final journey. And how much labour, skill, patience, and taste inverted woman in weaving her fabric and its decoration with pattern!
In museum one convince by his own eyes how multifaceted  and colorful traditional culture of various peoples, how every of them created their ethnic image in different living conditions on the base of their notion about beauty and dignity shaped by centuries. 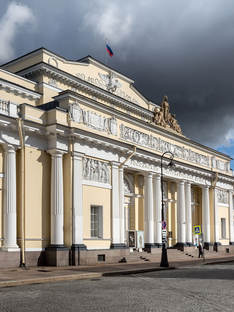 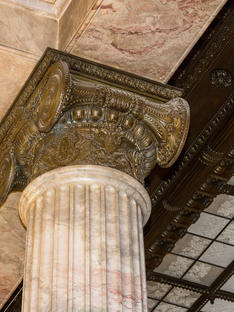 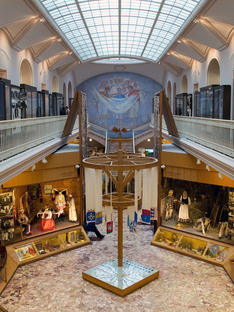 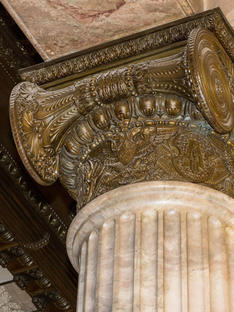 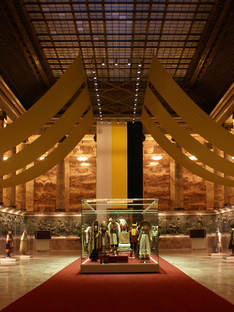 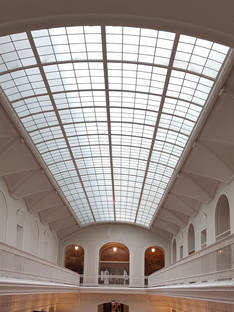 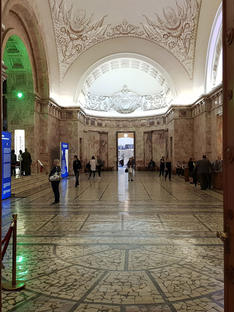 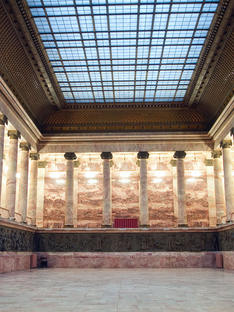 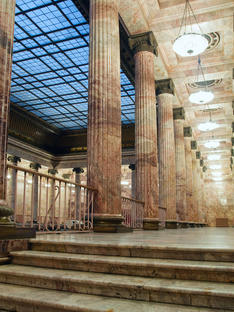 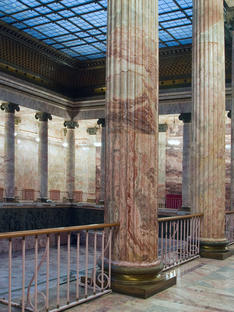 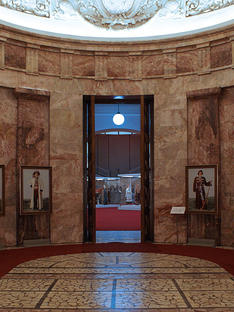 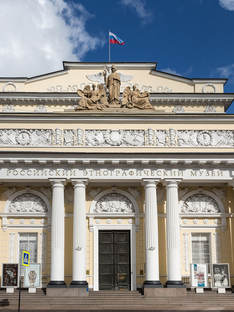 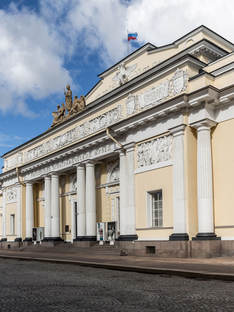 The RME exists more than 100 years. It is located in the building specially built for display of ethnographic collections by the project of the Royal Court architect V.F.Svin’in. The most outstanding scholars of Russia P. N. Kondakov, A. N. Pypin, V. I. Lamansky, V. V. Radlov, P.P. Semenov-Tyanshansky, V. V. Stasov laid the foundation for the museum. The principles established by them continue to be relevant up today.

One of the most beautiful gala halls of Saint Petersburg –the Marble Hall garnished with pink Karelian marble is located in the center of museum building.

Alongside with Russia the museum had to pass through many ordeals: terrible flood of 1924 destroyed many artifacts, the repressions of the 1930s also affected it; half of museum staff perished in the fronts of the Great Patriotic War and the building was seriously damaged in 1942.  .

Today the RME is one of the largest ethnographic museums of the world. Not in vain foreign colleagues called it “the ethnographic Hermitage”. It keeps 500,000 ethnographic artifacts on 157 large and small ethnic groups of Russia beginning from the XVIII century. The volume of collections reflecting the culture of each ethnic group permits to make independent exhibition but due to absence of necessary museum spaces today we can see only a small part of this richest collection.

The museum halls present impressive panorama of costumes of the peoples of Russia including unique clothes of fish skin and nettle and rare sets of shaman attributes of the peoples of Siberia and Far East; splendid Central Asian carpets, gala arms and utensils of the Caucasus peoples, jewelry from the most diverse materials and many other objects of traditional folk crafts.

Fulfilling its main mission. the Russian Museum of Ethnography studies and recreates in its exhibitions traditional culture of peoples of multinational country, provoking interest in historical routes of their own culture, promoting the growth of ethnic conscience and understanding of necessity to treat respectfully the living standards, morals and customs of other peoples.